Mary Virginia Davie Caudle, known to many as “Mrs. Jenny” 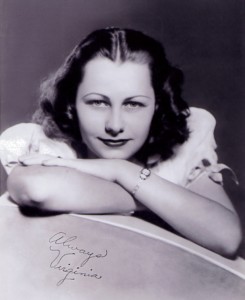 Virginia was born October 15, 1920 in Gainesville, Tennessee, the daughter of the late Henry Gill Davie and Virginia Warren Davie. She was a graduate of Bartlett High School Class of 1938 and was married April 1, 1945 to James Melvin Caudle, who preceded her in death on March 22, 2004. She was a homemaker throughout her life, was a Kindergarten assistant and worked in the library at Fayette Academy, and was a bookkeeper for the family farm and Union Planters Bank before her retirement.

Virginia was a longtime resident of the Somerville area, was of the Southern Baptist faith and a member of Warren Community Church in Somerville. She served as a Sunday School teacher for over 50 years in various churches and was a member of the Somerville Garden Club, Fayette County Farm Bureau and the Farm Bureau Women’s Directors. Virginia will be remembered for being a loving wife, mother, grandmother, great-grandmother and friend. As a prayer warrior, she prayed fervently to our God for all of her family and friends.

In addition to her husband and parents, she was preceded in death by her grandson, Jim Isaac Armour and four brothers, Warren Davie, Harold Davie, Shields Davie and Billy Davie.