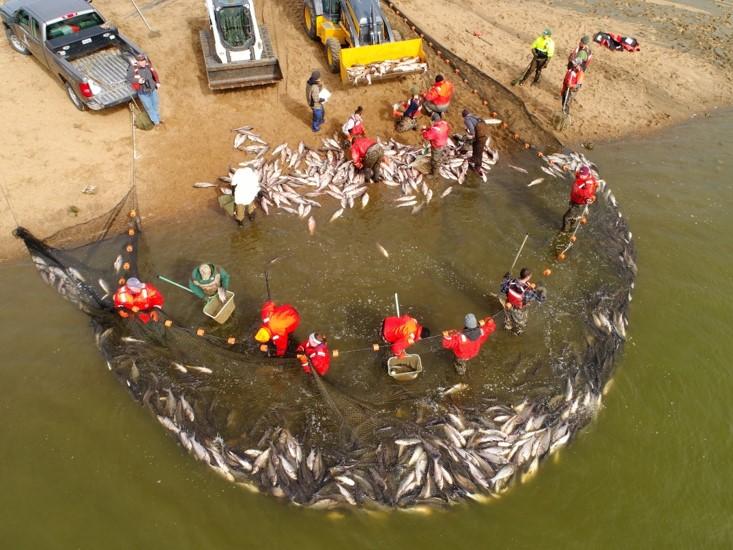 The “unified method” of fishing drives carp through a series of large nets into a containment area, where they can be harvested. The method has been successful at capturing large quantities of Asian carp in Missouri and Illinois.

A news release from the office of U.S. Senate Majority Leader Mitch McConnell says the method will be tried in the two reservoirs on the Kentucky-Tennessee border. The release says the Kentucky Republican helped secure a $600,000 increase in federal funds to combat Asian carp in the Mississippi and Ohio River basins.