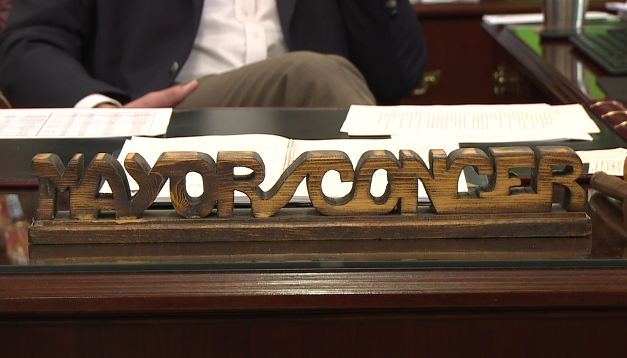 “Today is actually Lauren and Bobby’s first day, they did their orientation this morning and have gone to work right after they got done with orientation,” said Jackson Mayor Scott Conger.

Bobby Arnold is the new Director of Finance, Accounting, and Budget while Lauren Kirk will be the new Special Projects Manager.

“All the staff have been super welcoming and empowering. I think I’ll contribute by bringing a background in planning, grant writing and community development,” Kirk said.

Other new members on the team include Brain Taylor, who will be in charge of the city’s first stand alone Information Systems Department. Mayor Conger said this will help with organization.

“What we do and part of driving efficiency is to taking things online, digitizing some of our processes, and not being so paper driven, and having that stand alone department allows us to do that,” said Mayor Conger.

Jackson Fire Chief Darryl Samuels will continue to look for his successor. Jason Compton was promoted from interim to the Director of Operations of Sportsplex.

Moving forward, Mayor Conger said his staff plans to be transparent in their administration.

“Overall our staff is and the folks that work for the city, are dedicated to making Jackson the best it possibly can be,” said Mayor Conger.