JACKSON, Tenn. — Community members in Jackson are standing with one another to unite against childhood gun violence, while commemorating those who died. 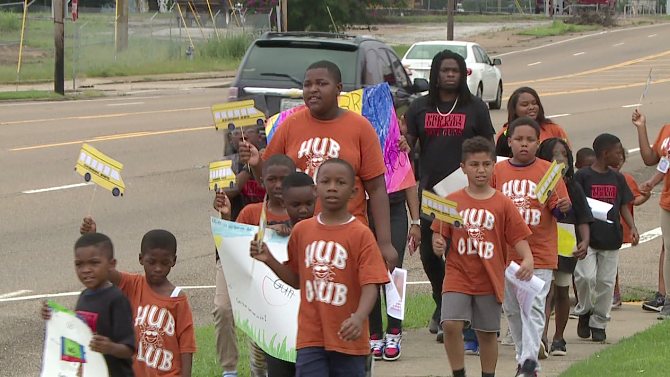 Wednesday is the National Day of Social Action, sponsored by the Children’s Defense Fund.

In Jackson, Mother Liberty CME Freedom School set up the event, and kids were able to watch short videos on gun violence and how it has affected people their age.

Children were also given tips on what to do if they find a gun.

“This is a thing they are aware of, and we’ve talked to them the last couple weeks about gun violence to prevent gun violence. The more they know, the more protected they are,” Eartha Grimes, executive director of Mother Liberty CME’s Freedom School, said.

And the program ended with a short march around the building.

“Just to give the children a sense of the protest feeling so they know a little bit about things they’re participating in,” she said.

Tanya Rivers’ son died in an accidental shooting in February. For her, the march means something more.

“You never get over it,” she said. “The grieving is always there.”

Rivers says there is also a lesson on teaching children about gun safety.

“You can also learn from it and it builds you up, knowing you can help somebody else and prevent them from using guns and keep kids away from guns,” she said.

Movies in the Park canceled due to weather