HUNTINGDON, Tenn. — A little over a year after they were charged with more than 100 counts of animal cruelty, Donald Schoenthal and Tara Neutzler were sentenced Monday. 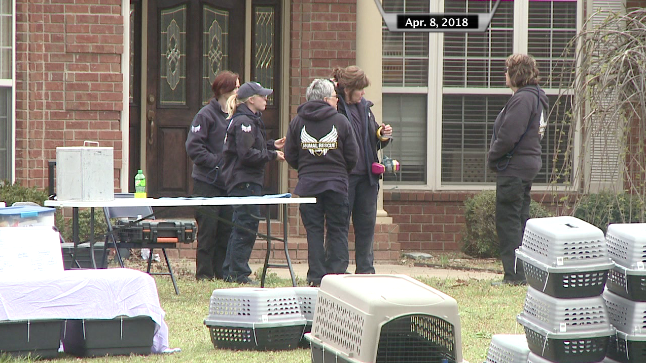 Schoenthal and Neutzler’s property in Atwood was searched by authorities in April 2018. About 150 animals were found living in inhumane conditions, while other animals had died on the property.

Judge Donald Parrish said the case is unlike any he’s seen before.

Schoenthal took the stand and cited his military service, as well as his wife’s health issues.

“I’ve given a lot to this country, and in my heart, I have a lot of faith in this country,” Schoenthal said. “Tara was diagnosed with bipolar disorder over 25 years ago.”

But prosecuting attorneys pushed back, saying Schoenthal, “ought to be ashamed,” and that he “wrapped himself in the flag as a veteran.”

The couple was also charged earlier this year after an investigation at their Middle Tennessee home led to additional charges of animal cruelty.