Ever hear of the word “biscuitry”? Maybe not, because it is a new word defined as “the art of dismantling a biscuit which is eaten using a particular strategy” according to the Urban Dictionary. 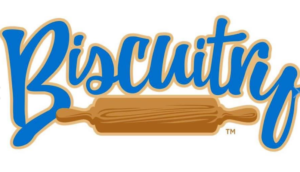 “We do everything from scratch,” says owner, Jeff “Goose” Goss.

“I have worked on Beale Street for last 20 years,” said Goss.

All customers agree it’s comfort food to fill your soul. Even the Mayor of Bolivar stopped by!

“Biscuits are my favorite food, so I’m so excited! The biscuits are coming to Bolivar; it is the one of the greatest stories since I’ve come to office,” Mayor Julian Mctizvic laughs.

“Knowing that people can leave with a smile on their face and full stomach is great,” says Biscuitry waitress, Zykeria Boykin.

“It’s something different. There is no where else to have this in the state of Tennessee or our country,” said Mayor Mctizvic.

Biscuitry is located at 215 North Main Street in downtown Bolivar.