JACKSON, Tenn. — The stars will align in the summer of 2020 at the Ballpark at Jackson. 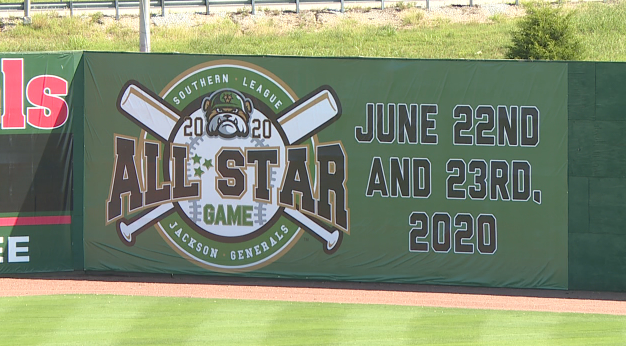 The Jackson Generals will host the Southern League All-Star Game in June of next year, the first time the game will be held in the Hub City since 2011.

“This is something that needs to be voted on by Southern League executives and general managers, so we’re incredibly happy that they trusted us with the ability to pull off the All-Star game,” Assistant General Manager Marcus Sabata said.

The league includes the Jackson Generals and nine other AA teams.

The game will be a must-see for baseball fans.

“Because the ones that are on the AA All-Star team, a lot of them are going to be the superstars that you’re going to watch at the MLB level in 2020,” said Jackson Chamber President and CEO Kyle Spurgeon.

The All-Star games bring national attention and visitors from across the country. Organizers say the game in 2020 will be no different.

“Not only from the Jacksonians, but people throughout West Tennessee, north Mississippi, west Kentucky,” Spurgeon said.

“It’s also national media that will descend upon Jackson. The Southern League will be here, any number of scouts will be here,” Sabata said.

The festivities will start on June 22 and will include a home run derby and a skills competition. The game itself is scheduled for Tuesday, June 23.

Sabata says the team is ready.

“The microscope will certainly be on Jackson, but I think we’ve got the right people involved to where we won’t shy away from it,” Sabata said.

Details and times of the All-Star events will be announced at a later date.

1 dead, 17 hurt in crash during fundraiser for fire victims