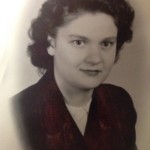 Margaret M. Scott, age 84 of Paris passed away Thursday, August 8, 2019 at Henry County Healthcare Center. Her body is to be cremated and a private family celebration of life will be planned for a later date.

Margaret M. Scott was born October 7, 1934 in Springfield, Illinois to the late Joseph Schuchardt and the late Margaret Kissler Schuchardt. She was married to George Scott who died during active duty in WWII.

Mrs. Scott was a Roman Catholic by faith. She worked and retired from the state of Illinois. Later in life before moving to Paris, Margaret worked as a nanny. She was an avid bingo player and she enjoyed fishing and shopping. Margaret was also a great grandma who loved her family.