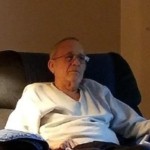 Billy C. Little, age 86 of Paris, passed away Sunday, August 11, 2019 at his residence. His funeral service will be 2:00 PM Wednesday, August 14, 2019 at McEvoy Funeral Home with Bro. Terry Kesley of West Wood Pentecostal Church of God officiating. Visitation will be from 11:00 AM-2:00 PM Wednesday prior to the service.

Besides his parents, Mr. Little was also preceded in death by a sister, Judy McKnight; and a brother, Jimmy Little.

Billy Little was a Veteran in the United States Army and he retired from General Motors in Lordstown, Ohio in 1988.