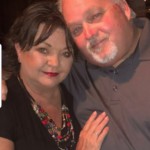 Perry was born July 29, 1959 in Memphis, Tennessee, the son of the late William Perry Sparks and Shirley Jean Blaylock. He met his soulmate at the age of 16, Cheryl Ann Holden. They were married August 23, 1980 and he cherished Cheryl every day of his life. His pride for his wife was shown to everyone that knew them and they had a very special love for each other. Anytime you saw Perry, you saw Cheryl. She was the love of his life. He was a graduate of Millington High School and was employed in the car industry for much of his life. Perry was self-employed in the car industry and presently worked at AFR. He was a member of Bellevue Baptist Church in Cordova and had a special love for his family, especially his grandchildren. His face would light up every time he saw them. Perry loved his dogs, Berry and Ray Rosas, and his hot rod. He enjoyed cars and golfing.

In addition to his parents, he was preceded in death by his father-in-law, Jerry Holden; grandparents, Spurgeon and Annie Lee Blaylock, Ernest and Hermie Dee Sparks; and his brother, Donald Biggs.