UPDATE: Police say a woman has been airlifted with a knife wound to her stomach after a report of domestic assault in north Jackson. 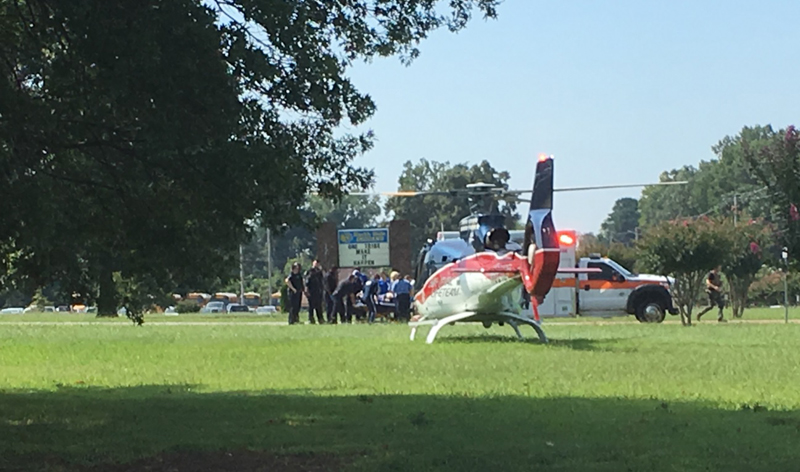 Officers responded around 9:30 a.m. Wednesday to a residence on Silverdale Cove where they found a woman with what appeared to be a serious knife wound to her stomach, according to a news release from the Jackson Police Department.

Police say the woman’s injuries appear to be self-inflicted.

The woman was airlifted to Memphis.

An elderly man was also at the scene complaining of an injury to his hip, the release says.

JACKSON, Tenn. — Police have responded to a report of a stabbing Wednesday morning in north Jackson.

The reported stabbing took place on Silverdale Cove, which is near North Park, according to the Jackson Police Department.

A medical helicopter also responded, which landed at North Side High School. Police say the incident did not involve the school.

There is no word on injuries.