Oldest WWII veteran says he has no regrets 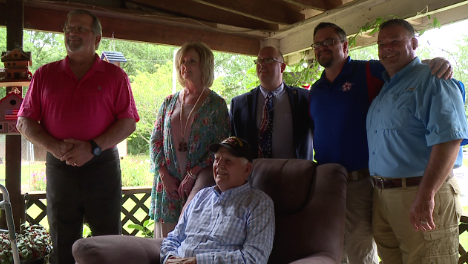 Robert Paul Robert says he has no regrets in life.

“You know I try to treat people right,” Robert said. “That’s been my motto: to treat people right. Not to, you know, just put on some kind of show to show yourself. I was just common. And everything’s been wonderful for me. I don’t reckon I’ve got a bad thought in my mind about anything.”

Robert’s daughter Paula White is the chairman of the Henderson County Republican Party.