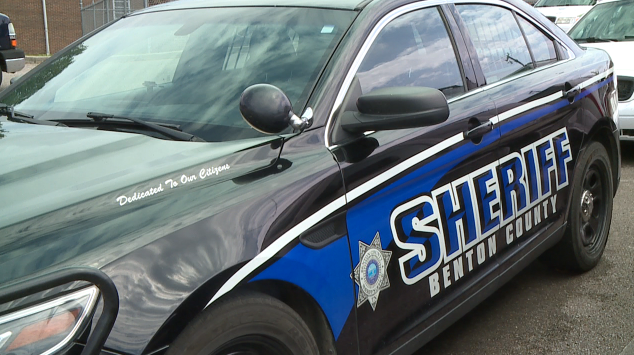 “I’ve never seen anything like it. I’ve seen a lot of stuff in 27 years, lots of suicides. But this one…,” Sheriff Christopher said.

On August 22, the Benton County Sheriff’s Office received a note, allegedly written by an older couple in the area a few days prior, detailing their final wishes.

“They told me they opened a piece of mail up, that they didn’t really know if it was a hoax or what exactly they were dealing with,” Sheriff Christopher said.

When deputies arrived at the listed address, they entered the home to find an elderly couple dead in their bedroom — in the exact way the letter said they would be.

“They had ordered a suicide kit, I suppose, off the internet. It gave explicit instructions,” Sheriff Christopher said.

He elaborated on their motive.

“They had declining health, and they felt that their quality of life was not going to be something they could live with. They were inseparable here. They wanted to go together,” Sheriff Christopher said.

2019 Woman of the Year announced

Man accused of pulling a gun on firefighters faces jury