JACKSON, Tenn.–“These 214 people who are now in custody represent the worst of the worst,” said U.S. Attorney of the Western District of Tennessee, Michael Dunavant. 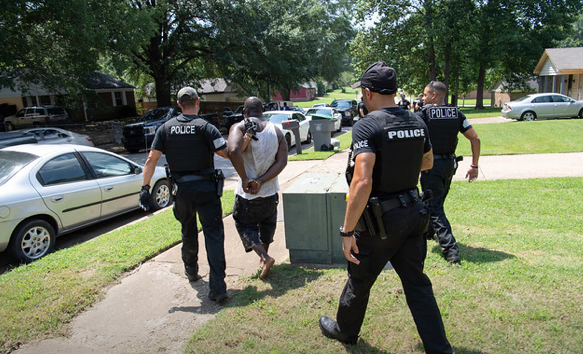 Thirty-six of the 214 are arrested in Jackson. Among the charges are homicide, aggravated assault and drug distribution.

“Local and state partners also seized a total of 28 firearms, approximately 771.9 grams of marijuana, cocaine, heroin and crack, $17,240 in U.S. currency, as well as the recovery of four stolen vehicles,” said Dunavant.

“214 violent felony warrants were served, 214 bad guys, worst of the worst were taken into custody, with no incident, no shots fired, no injuries occurred,” Dunavant said.

Dunavant said he wants these arrests to show West Tennesseans their safety and security are top priorities.

He also has a warning for fugitives.

Dunavant said there will be future arrests as federal agents continue to dismantle criminal organizations in West Tennessee.