JACKSON, Tenn. — The Jackson Police Department is asking the public to help identify three persons of interest in a recent theft from Walmart.

Police say surveillance video from August 8 shows three unidentified people bag around $43 worth of merchandise in the self-checkout lane at Walmart in south Jackson and leave without paying. 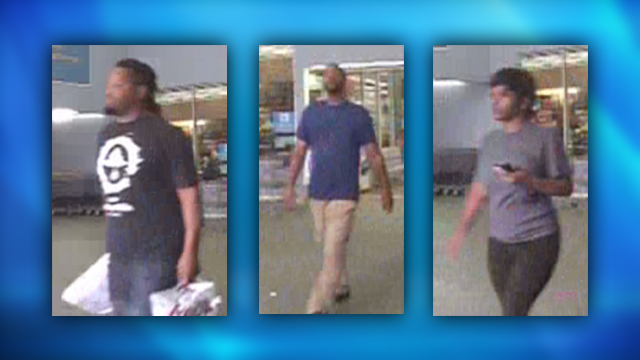 They were seen on video bagging meats and a 12-pack of beer.

Police say one of the men had braids and a goatee and the other had a low haircut with a short goatee or beard.

The woman is identified as having shoulder-length hair, according to police.

All three subjects left in a newer white Jeep Grand Cherokee with a temporary tag.