Entering the Peak of Hurricane Season: A Current Look at the Tropics

With Dorian’s two-week trek finally ended, the focus has been on recovery. It’s long path spanned from the U.S. Virgin Islands, Puerto Rico, to the Northern Bahamas and along parts of the Eastern Seaboard into parts as far north as Nova Scotia.

The peak of hurricane season lands around September 11th and around this time is when we see the biggest increase of tropical activity. Right now, eyes are on the Atlantic for the next possible developments. 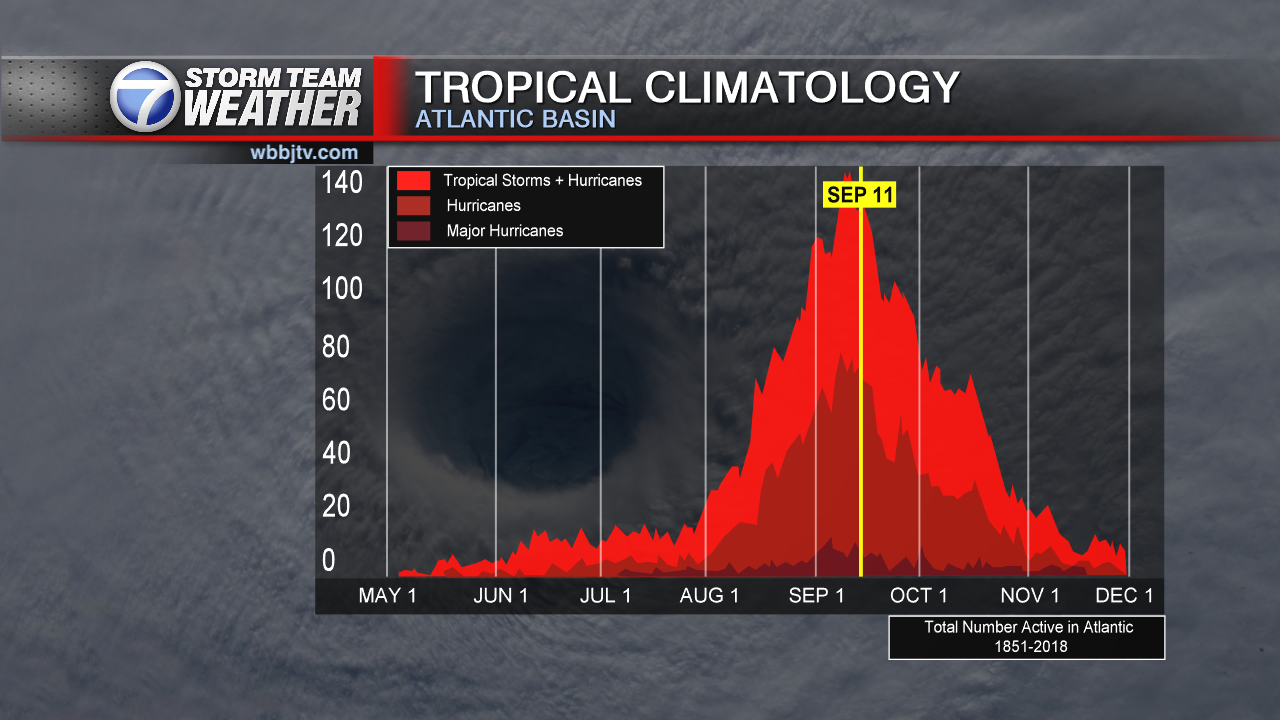 Currently, Gabrielle is the latest system out in the middle of the Atlantic, currently at Tropical Storm status with sustained winds of 50 mph. It will not have any direct impacts to the U.S or even land as it continues to move toward the northeast in open waters through mid-week.

There are several areas of interest now in the central Atlantic that have a chance of formation within the next two to five days.

From the National Hurricane Center, a broad area of low pressure is producing a disorganized cluster of showers and storms just west of the Cabo Verde Islands. This tropical wave has about a 30 percent chance for development through the next five days as it moves west southwest across the central Atlantic. 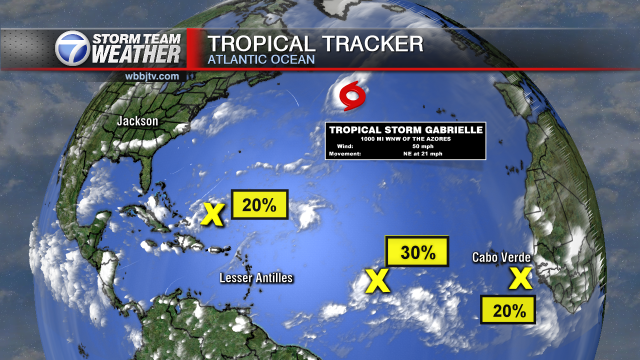 There are certain conditions though later in the week, such as less favorable upper-level winds that could hinder or slow down its development. It’s still too far out and too soon to tell whether or not it could pose a potential threat to land. The latest tropical wave just off the west coast of Africa is expected to move quickly westward during the next several days.

An even larger wave just northwest of the Lesser Antilles has a lower chance for development within the same time frame at about a 20 percent chance, thanks to strong upper-level winds in that area.

It’s an area to watch out for sure due to its closeness and forecast path showing it nearing parts of the Bahamas by mid-week. By then, environmental conditions could help further its development, but that formation chance is still low.

We have not gone far down the list of hurricane names this season, but the next name on the list would be Humberto.

How to help those impacted by Dorian

There are several sources available where people can donate toward relief efforts, but make sure to check with your local businesses.

The Salvation Army has set up a donation page to help those who have been impacted by Hurricane Dorian. You can visit here to make a donation.

For a list of charities that are specifically working with the Bahamas, a list can be found at www.bahamas.com/relief.