LINDEN, Tenn.–Monday morning, several people called Perry County authorities after witnessing Jackie McKinley Vowell, who was on his motorcycle, fall over a bridge on Highway 412. 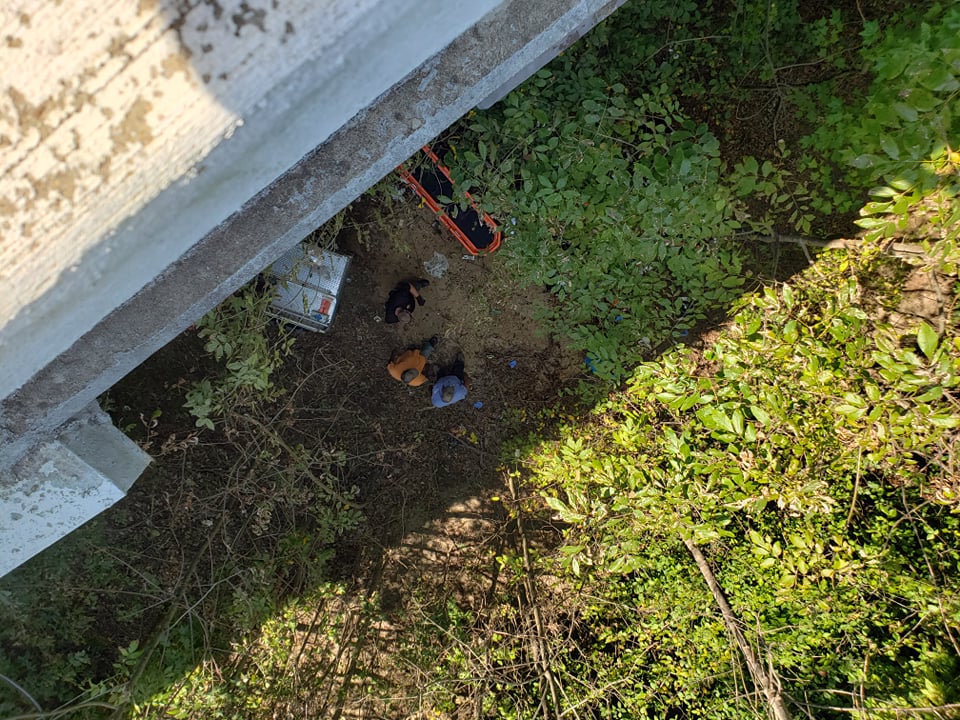 “It appeared the first point of impact was on this barrier on the side of the brief. He managed to be able to get off of the barrier for a second, the second impact was here, and this is where he was overthrown over the barrier,” Chief Deputy Rossen said, describing the scene where the crash happened. “Just guessing from where he went over, I’m guessing it would be real close to 60 feet.”

“He seemed to be in critical condition. He was hurt very bad, I mean the fall alone would be enough to seriously hurt somebody,” Rossen said.

Rossen said even though Vowell took a 60-foot fall, he was lucky he didn’t fall in the Tennessee River, which is only about an eighth of a mile from the accident.

“By the time we could have got here and found him, he would have been very lucky to survive that, especially,” Rossen said.

First responders, believing Vowell was in critical condition, had him airlifted to a Vanderbilt Medical Center in Nashville.

“You’ve got to really pay attention, no matter how experienced you are, just little things can make you wreck,” Rossen said.