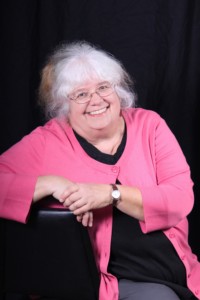 Patricia Ann Monz, of Moscow, Tennessee, departed this life and went home to be with her Lord Jesus Christ on September 7, 2019. She died at Methodist LeBonheur Germantown Hospital from natural causes.

Patricia, “Pat” to her friends and family, was born on August 24, 1948 in South Plainfield, New Jersey to Elsie and Louis Lisko. She was raised in the Catholic Church and received the sacraments of Baptism, First Holy Communion, and Confirmation at Sacred Heart Church in South Plainfield, New Jersey. She continued to serve the Church in various capacities throughout her life.

During her high school years, she began taking piano lessons, which fueled a deep love for music and piano which would later be put on display and showcased within the walls of the Church. She graduated with a bachelor’s degree from Cornell University and later received an MBA from Fairleigh Dickinson University. On October 7, 1972 she married the love of her life, Kenneth Monz, in Sacred Heart Church. Together, they adopted two children and built a business.

On July 30, 1996, Pat and her husband adopted Olga Spirina from Russia, who they named Carolyn Olga Monz. They brought her home to the United States on August 6, 1996, where they taught her about living on a farm, helped create a love of animals with her, and where Pat taught her music.

Her love for music was matched by her love for others. She would often reach out a helping hand to those in need where she felt she could help. This led to her volunteering at the Shelby County Women’s Jail, where she helped mothers connect with their children, while in prison, by bringing children’s books in for the mothers to read to their children. She would audio tape the women reading to their children and would send the recording and book to the children after the visit.

In 1998, Pat and her husband adopted Yuri Ziryanov from Russia when he was 12 years old. Pat gave her heart and devotion to her business, her church, and her family. She taught her children to love Christ and to serve God within the Catholic Church.

She enjoyed being close to nature, helping to work with animals on their farm, and going on walks through the farm property with her children. When on vacation, she would often be found reading mystery and true crime books while sitting on the beach. She had a quiet demeanor and mostly kept to herself.

In the late 1990s, Pat became Music Director at the Catholic Church of the Incarnation in Collierville, Tennessee. During that tenure, she created a children’s choir, teen choir, and developed an adult choir. She helped instill the love of music and service to God in the lives of those who sang in her choir or played instruments for her choir. Pat also served as a key member of the Building Committee when Incarnation constructed a new Sanctuary and school.

In late 2010, she left Incarnation and became the Director of Liturgical Music at St. Philip the Apostle Catholic Church in Somerville, Tennessee. She immediately began creating an adult choir, a children’s choir, and a youth choir. She also helped create a Youth Mass, where she formed a youth choir to compliment the structure of a Youth Mass, which assisted in bringing teenagers in closer communion with Christ and the Church. When she was not matching songs for Mass to the homily or readings, she could be found playing the piano or rehearsing with cantors. Her passion for using music to glorify God, develop a deeper Mass experience, and help strengthen the faith of others was contagious within choir members. She soon fostered an atmosphere of service, love, and worship within the congregation.

During her extended illness, over the past two years, Pat continued to serve the Church and hold choir rehearsals. Her faithfulness and devotion to the Lord Jesus and the Church, during her times of sickness, continued to inspire others.

Pat is survived by her husband, Kenneth, her daughter Carolyn, and her sisters, Susan Huddy-Krejci and Jane Cavalear. She is preceded in death by her parents, Elsie and Louis Lisko, and her son, Yuri Monz.

The family requests that memorials be directed to the Organ Maintenance Fund at St. Philip the Apostle Catholic Church, 11710 U.S. Highway 64, Somerville, TN 38068.