TRENTON, Tenn.–“These people that want to say that God is not involved in the inception of this country need to get a brain scanner or a pulse check,” said former Navy Commander and SEAL Michael Imhof. 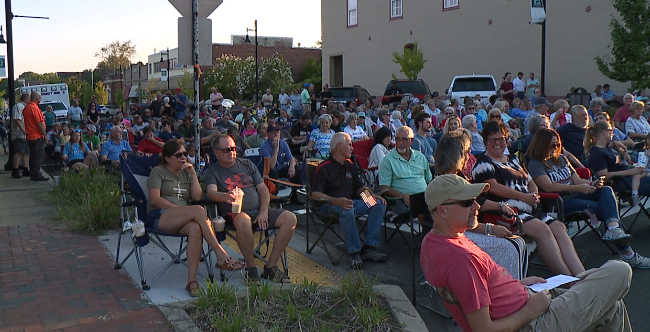 The God and Country Rally is something new for Gibson County, and almost 500 people gathered in Trenton to pray and remember those who died in the 9/11 attacks.

A special reflection was made for the lives lost on United Airlines Flight 93.

“Jesus help me, then after reciting the 23rd Psalm he said, ‘are you guys ready?, Let’s roll,’ those were the unforgettable last words Beamer said before he and others rushed the hijackers of the United Airlines Flight 93,” said Hemann. “United Flight 93 crashed into Shanksville, Pennsylvania and killed all 44 aboard, and of the four hijacked planes that morning, United 93 was the only one that failed.”

Organizers of the event said they plan to have more events like this in the upcoming year.