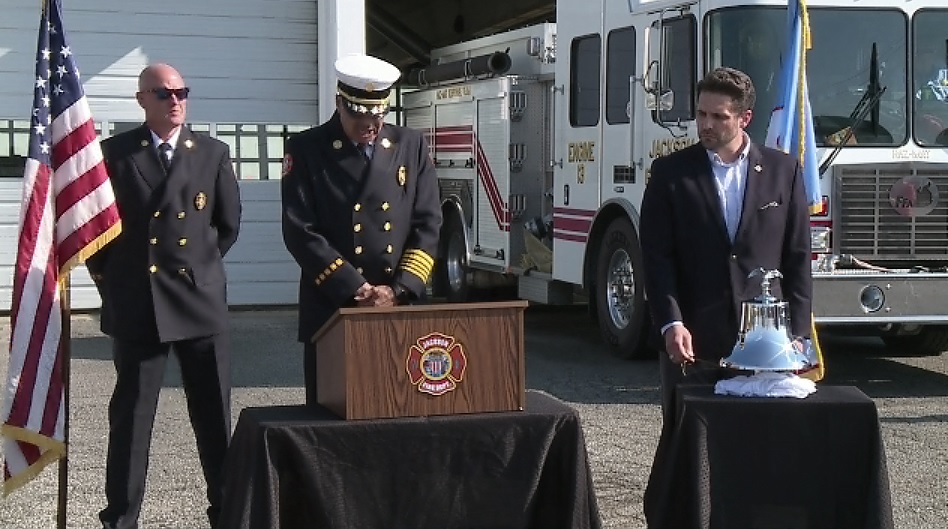 The ceremony took place at the fire station in downtown Jackson.

Firefighters paid their respects to the fallen heroes and victims of the 9/11 attacks, including firefighters, police officers and emergency medical personnel.

“If you remember the past and live in the present, then you can plan a better future, so we will never forget,” Jackson Fire Chief Darryl Samuels said.