HENDERSON COUNTY, Tenn. — The Henderson County Sheriff’s Office is investigating a robbery at a Dollar General on Highway 412. 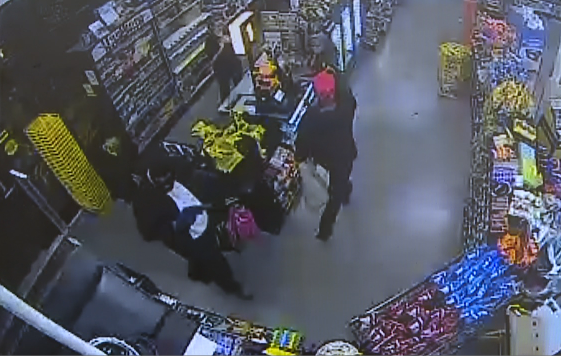 The robbery happened around 8 p.m. Sunday. Surveillance video from inside the store shows two men, both in masks, going inside and demanding money from the cashier, who opened the register and safe.

Officials believe there was a third person working with the gunmen, who was outside the store acting as a lookout.

“The suspect was on the phone the whole time,” Capt. Grisham said. “He was notified, by what we’re believing to be a third party, that someone was coming in. When that gentleman came into the store, he was also ordered to get on the floor by the second suspect.”

The suspects ordered the customers into one part of the store, and forced them to hand over any money they had.

“Everyone in that store had a handgun pointed at them at some point in time, so this is multiple charges,” Capt. Grisham said.

Grisham says 14 minutes after the suspects entered the store, they left in an unknown vehicle in an unknown direction. However, investigators are asking for your help identifying the two men in the store.

“One suspect is approximately 6-foot-2, 6-foot-3. He was kind of heavier built. The other was 5-foot-8, 5-foot-9 range. There is a height chart on the door when they came in,” Grisham said.

Anyone with information on the robbery is asked to call the Henderson County Sheriff’s Office at 731-968-7777.