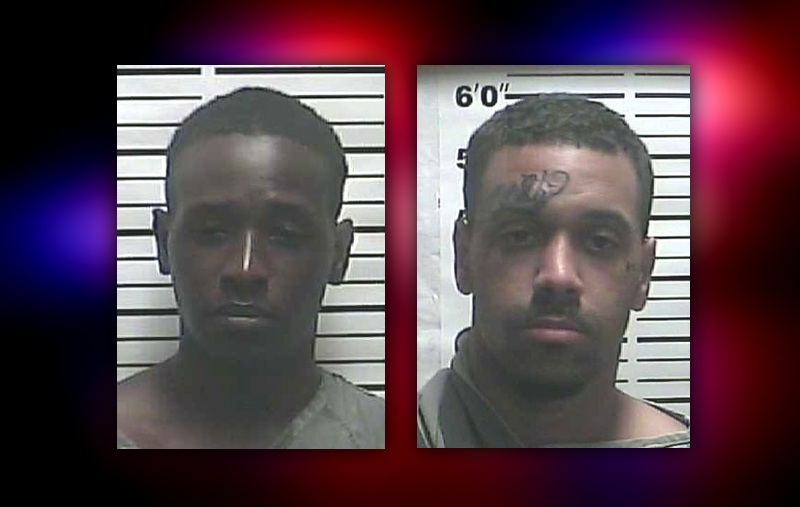 Taja Allen, 22, of Mason Hall, and Cameron Antonio Taylor, 20, of Martin, are accused of leading officers from multiple departments on a chase through Weakley County and into McKenzie.

According to a news release, Dresden police were monitoring an area where investigators believed illegal drug activity was taking place. An officer following a maroon vehicle in the area saw a gun thrown out of the passenger window before the vehicle sped away, the release says.

The vehicle led police from Dresden and Weakley County on a chase down Highway 22 through Dresden, Gleason and into McKenzie.

The release says the driver finally ran the car into a ditch on Bell Store Road near Old State Route 22, and both individuals in the vehicle ran into the woods.

Investigators later determined the vehicle belonged to Taylor, who was caught in a field shortly after running from the wreck. Deputies, along with Henry County Sheriff’s Office K-9 Rowdy, followed Allen through the woods, where he was found on Old State Route 22, acting like he was helping a woman into her home, according to the release.

The gun thrown out in Dresden was recovered and identified as a .38-caliber pistol with no serial number.

Taylor and Allen are facing multiple charges, including felon in possession of a firearm, felony evading arrest, reckless endangerment, and several traffic offenses.