City of Jackson hosts dinner for international and exchange students

JACKSON, Tenn. — The city of Jackson hosted a dinner for international and exchange students Thursday. 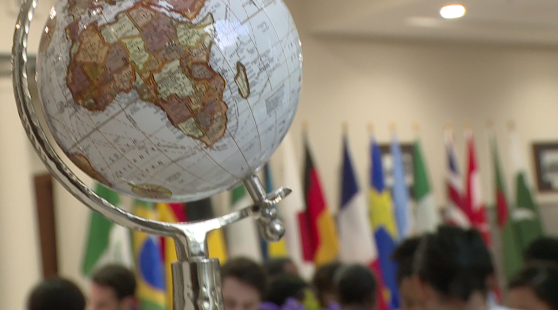 Exchange students were treated to a southern-style dinner at City Hall.

These students represent many countries, including Mexico, Brazil and Germany.

“Something neat that happens is when they come through, the mayor welcomes them,” said Tammy Buchanan, liaison for the city of Jackson. “They say what country they’re from, and so often the students that are living in West Tennessee, they connect with somebody else from their home country that they did not know was here. ”

This exchange for many of the students was their first visit to the U.S.