JACKSON, Tenn. — The wife of Jackson’s mayor appeared in court briefly Thursday afternoon where her hearing was rescheduled for November. 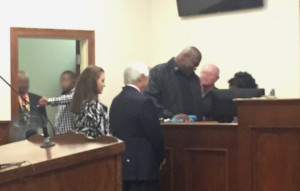 Jessica “Nikki” Conger was cited July 21 on a misdemeanor shoplifting charge at Walmart on Emporium Drive in North Jackson.

Conger was in the self-checkout area just before 3 p.m. when she failed to ring up 28 items, totaling over $84, according to the citation.

The hearing was rescheduled due to technical difficulties with a video tape that was to be played in court.

Conger is scheduled to appear in court again at 1:30 p.m. November 7.