JACKSON, Tenn. — Jackson is one of only 10 communities in the state to receive the “Age-Friendly” designation from the AARP. It was made official Thursday with a certificate ceremony at the Chamber of Commerce. 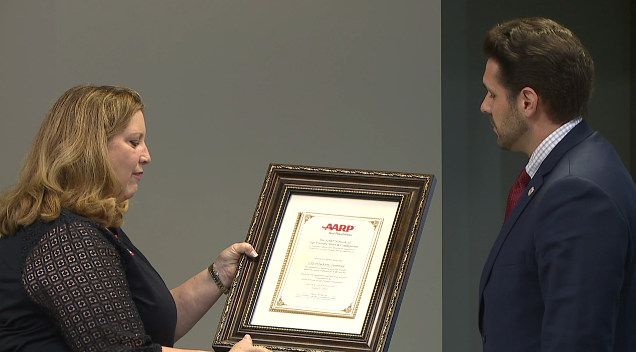 When you hear the name AARP, you probably think senior citizens. But the organization wants to help more than just the older population.

“We’ve learned that millennials like the same things as baby boomers in their cities, like mobility options — do we have options other than automobiles as people get older?” Kelly said.

Jackson Mayor Scott Conger said the city will start a new Aging Commission, dedicated to examining ways that they can become more accessible.

“Affordable housing, open spaces, accessibility, walkability — you look at those who have mobility issues, who have the same needs as those with young children in strollers,” Mayor Conger said.

“We bring AARP resources,” Kelly said. “We can do surveys, we can help facilitate listening sessions. We have fabulous volunteers.”

The designation means the city will be working with AARP for future city planning, which will factor in an aging population.

“Obviously one of our bigger goals is having a senior citizens community center in Jackson, that’s inner city accessible to everyone, that we can have everyone come to, and that we know those centers save lives,” Conger said.

Across the United States, around 400 cities and communities have received the “Age-Friendly” designation.