JACKSON, Tenn. — Nathan Hunnicutt, founder of the Tennessee Music Awards, and the Jackson Chamber have a big announcement. 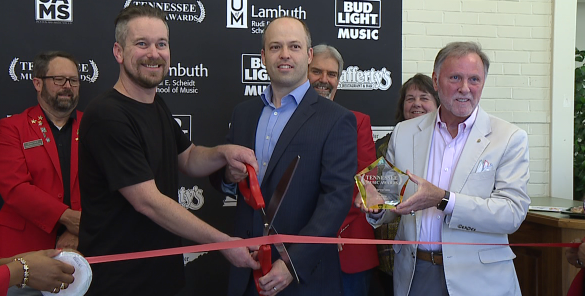 The Tennessee Music Awards show is coming to Jackson.

“We have the third annual event coming up October 7, and we’re partnering with the University of Memphis Lambuth, the Rudi E. Scheidt School of Music,” Hunnicutt said. “The reason it is in Jackson is because there’s a deep history here, and it’s not just in Nashville.”

Hunnicutt said it showcases talent in all aspects of the state’s independent music scene, from different music genres to the production side.

Director of entertainment and music at the University of Memphis Lambuth, Dr. Jeremy Tubbs, added one of these awards to his credentials in 2017.

“To win any award is fantastic, but to win producer of the year in 2017 was amazing. It was unexpected too, so I was very honored to win,” Tubbs said.

Tubbs looks forward to hosting the awards ceremony with his students and bringing the music community together.

“A lot of times we play our gigs and go home, but we don’t see each other too often,” Tubbs said. “This night is a night that we can all come together and see each other perform, and hang out backstage.”

“What we’re really focusing on is drawing out and giving attention to the people who are from here or tour here. They are a part of the Tennessee scene,” Hunnicutt said.

For more information on the Tennessee Music Awards and to buy tickets, visit their full website.