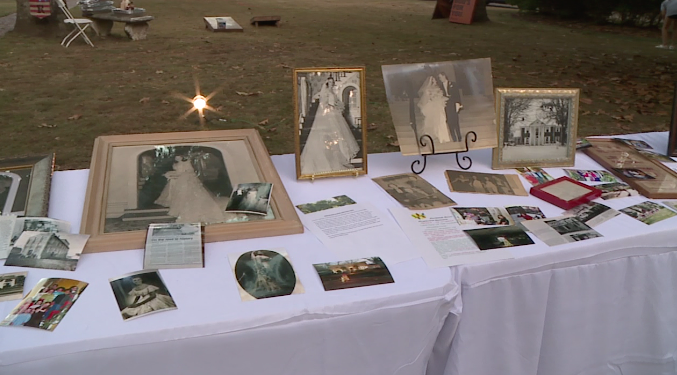 Alexander has been a part of the community dating back multiple generations.

“The lot and the subdivision was first planned in 1919, with the first lots being sold,” Alexander said. “We thought it was appropriate to invite former neighbors to come back and come home to Northwood.”

Many of those community members, young and old, current and former residents, and their relatives gathered Saturday night to celebrate the area’s 100th birthday.

“It already feels like home again because I see so many people that I’ve either grown up with, or I know their children, or I know their grandchildren,” said former resident Simpson Russell.

Throughout the years, residents made many memories down the tree-lined street.

“There’s a really big ditch that runs behind these houses, and we always got back there, had dirt fights, built forts, things like that,” said former resident Asa Stone.

“We had enough young friends on the street. We played sandlot, football, a couple of doors down in a vacant lot,” Russell said.

One former 94-year-old resident says she remembers a lot and isn’t sure if all can be told, but she took the time to share her favorite memory.

“Everything! I loved the people, I loved being here. It was exciting, every day,” said former resident Jean Hanafee.

Organizers say it’s exciting to see everyone get back together for the reunion.

“It’s just been a treat to see so many smiling faces come back and relive memories, tell stories and share pictures,” Alexander said.

Northwood became a part of the National Register for Historical Places in 1991.

The music of Christmas returns to Jackson