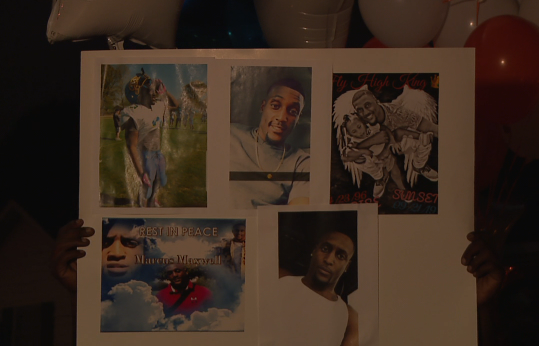 At just 23 years old, Maxwell was killed during a shooting at Elite Bar and Grill in north Jackson early Saturday morning.

25-year-old Cornelius Roberson was also killed in the shooting. Police say a woman was taken to the hospital with injuries which could have been life-threatening as well. On Thursday, Sept. 26, police confirmed the woman had been released from the hospital.

“There were over 300 people in the night club, and we have yet to have a witness come forward and cooperate with the police,” Jackson Police Chief Julian Wiser said.

Investigators say a fire that started the next day at Elite Bar and Grill was intentionally set.

For now, families and friends of Maxwell are praying. Maxwell leaves behind a 2-year-old daughter.

The night of the shooting, Jackson police recovered multiple weapons, along with evidence of gambling, narcotics, and gang activity at Elite Bar and Grill. Police say the investigation also revealed evidence of illegal liquor sales.

If you have any information on the shooting or fire at Elite Bar and Grill, call the Jackson Police Department at (731) 425-8400.