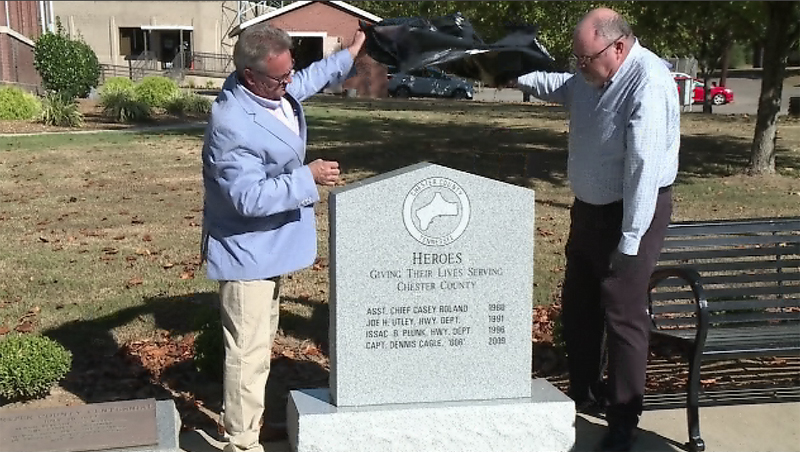 “Tennessee has a long civic history, including casting the decisive vote in the 19th amendment,” Mayor Hutcherson said.

They also had voter registration forms ready for anyone needing to sign up.

The celebration continued with four more names being added to a monument, remembering those who gave their lives serving Chester County.

Isaac Plunk’s widow, Brenda Plunk Johnson, was at the unveiling.

“I think it’s wonderful. I know now my grandchildren can come and see this,” she said.

Police Chief Gary Davidson says this is a great thing for the county.

“It shows honor to the families and respect for those officers that gave an ultimate sacrifice for our town here,” Chief Davidson said.

Mayor Hutcherson says the monument can also serve as a good reminder.

“We could lose our life at any moment,” Mayor Hutcherson said. “Our friends, we need to make sure we tell them they’re our friends and that we love them.”

The monument is also finished just in time for the Chester County BBQ Festival that kicks off this Friday.