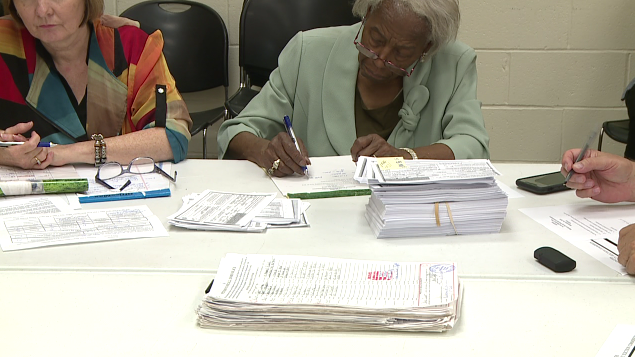 “When we add the 250 to the 969 that we previously found, we have 1,219, which I think is 68 in excess of what was required,” Madison County Administrator of Elections Kim Buckley said.

The Madison County Election Commission certified the results in their recent meeting. Black was at the meeting when the commission determined there would be a recall election.

Black spoke with reporters after the meeting. She says the recall effort against her is a personal vendetta by a former school board member.

“David Clifft, he held my position for over 20 years. I believe that it is his plot to undo my election, so that he might be able to run again,” Black said.

“There’s been many, many parents involved in this. There’s been a lot of people involved in it. It’s not David Clifft’s secret mission to get her or to get anyone else,” said Sherry Franks, a resident of Madison County who helped with the recall effort.

Now that the signatures have been verified, the next step is a special election, which will determine if Black keeps her position. That special election is scheduled for December 10.

“My hope is that my voters see this recall election for what it really is — a personal vendetta,” Black said.

“We’re going to do a lot of things to get it out so that people are aware when the date is and when to get out there and vote,” Franks said.

WBBJ 7 Eyewitness News talked to David Clifft over the phone on Tuesday. He said that Black’s statements are “completely false” and he did not start the petition.