This morning was the coolest morning we’ve had all month when we started at 54°F! It’s been nice having weather that feels much more like Fall than the extreme heat we’ve had lately, but it’s just a taste. We still expect for extreme heat to return later this week with a likely opportunity for the most 90°F days we’ve ever had during the month of September.

TONIGHT
West Tennessee is expected to remain dry tonight with showers gradually developing in the morning. Skies will be mostly clear overnight. Tonight won’t be as cool as last night but it will still be comfortable with temperatures dropping to the upper 50s and lower 60s by sunrise. 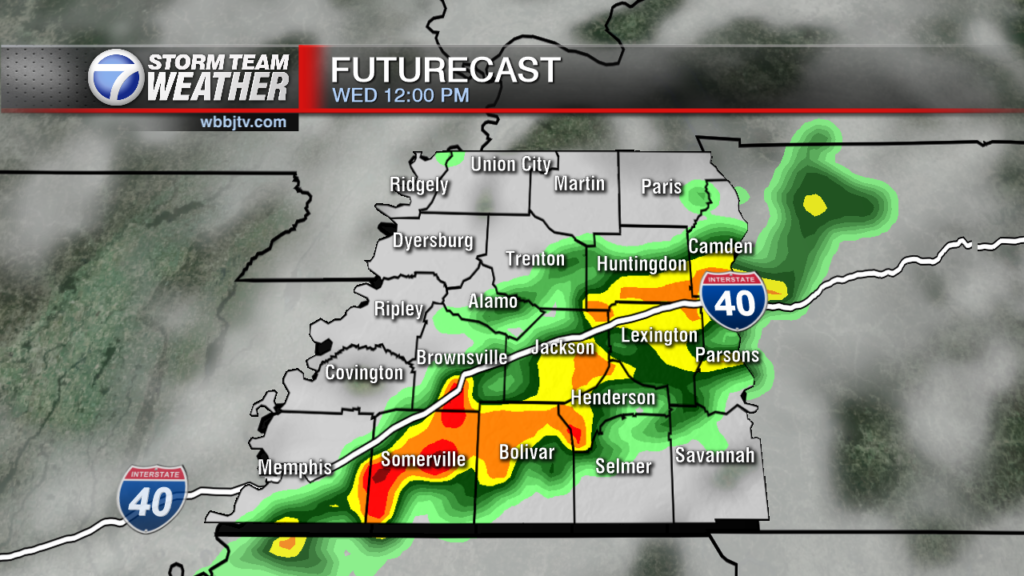 Skies will be mostly sunny to partly cloudy tomorrow with highs in the middle 80s. There’s a chance for scattered showers and thunderstorms throughout the whole day with some rain falling heavily at times. Be prepared with an umbrella just in case and when thunder roars, head indoors! The chance for rain continues on Thursday with the frontal boundary still in the area, but the chance for rain will diminish throughout the day. Highs are forecast to reach 90°F or warmer for the last four days of the month with highs in the upper 90s expected on the first day of October, potentially setting records. Stay with WBBJ 7 Eyewitness News for the latest hour-by-hour forecast and keep up with Storm Team Weather online too for more updates.