Showers brought just under an inch of rain to many parts of West Tennessee today but some areas have only received a trace and before the evening some areas had had no rain at all near the Tennessee-Mississippi state line! It was a good amount for Jackson despite recently setting the record for the most days in a row without rain (26: August 28th – September 22nd). This will take us out of the running for the driest September on record and from anywhere on the “Top 10 Driest Septembers” list.

TONIGHT
Showers will continue to make their way through West Tennessee tonight and eventually take a break just after midnight before coming back in the morning. We’ll have a cloudy night with temperatures dropping down to the upper 60s by sunrise. 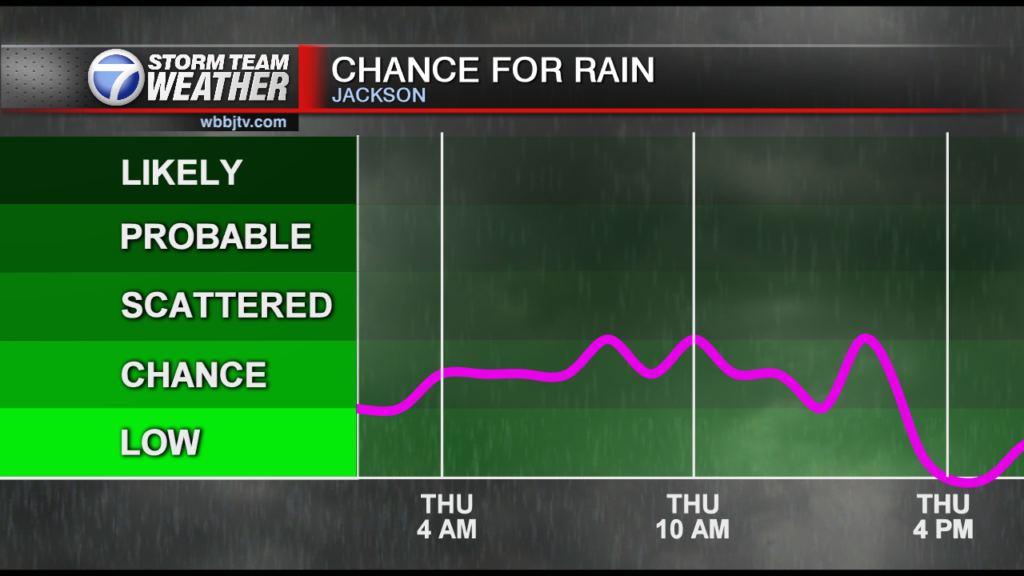 Temperatures will only warm up to the upper 70s and lower 80s Thursday thanks to the scattered showers and thunderstorms in the morning and early afternoon under mostly cloudy skies. Pockets of heavy rain remain possible tomorrow with thunderstorms potentially producing frequent lightning. As strange as it sounds, if thunderstorms are moving slowly enough tomorrow, we could still end up with flash flooding so we’ll be watching radar carefully. Temperatures will be getting much warmer later this week and may even approach record highs next week! Stay with WBBJ 7 Eyewitness News for the latest forecast and keep up with Storm Team Weather online too for more updates.