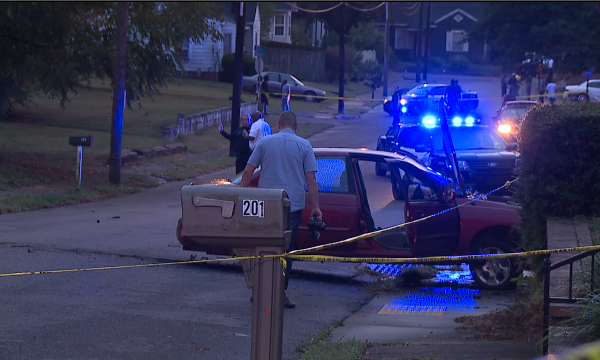 Police say 26-year-old Julio Almaraz and 20-year-old Joe Ramirez were injured in the shooting around 6:15 p.m. on Neff Street near Middleton Street.

Police responded to a report of shots fired in the area and found a vehicle on fire near the intersection with a man inside suffering from a gunshot wound.

Police say they responded to a report a short time later about another man with a gunshot wound near LaConte Street and Orchard Street.

Investigators say the second victim is believed to have been involved in the original scene on Neff Street, but ran to LaConte Street after the shooting.

Both men were taken to a local hospital for treatment.

Police are attempting to identify a person of interest in the shooting, identified as a black man, about 6-feet tall, wearing a blue shirt and khaki pants.