JACKSON, Tenn. — People from all around the world came to Jackson on Saturday for the 6th Annual International Food and Arts Festival. 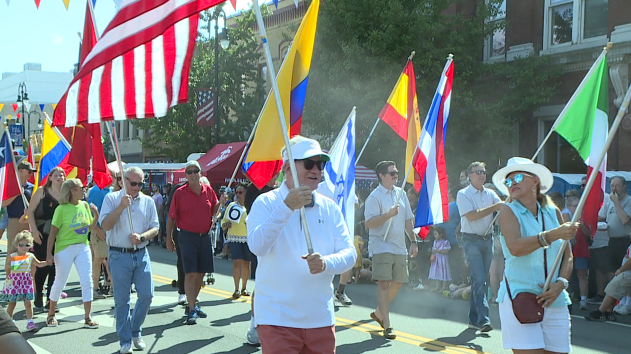 “We’ve been preparing for this since a long time ago. It was kind of a tiring day, but it was fun though,” said Philippines vendor Dyanelle Berina.

For many vendors, they reflected on their own history.

“This is my third year doing this, and I enjoy it. I meet many different people of different races and countries,” said Trinidad and Tabago vendor Bettyliou Ramasir.

“My sister been here a long time ago, like 15 years ago. We just arrived here five years ago,” Berina said.

The parade started at 11 a.m., and it involved hundreds of representatives for countries like Mexico, India, the Philippines and more.

Many of those there hope the citizens of Jackson gain interest in their countries, and they spoke about what makes their country unique.

“Being politely, being nice to everyone,” Berina said.

“I invite everybody to come visit Trinidad at some time,” Ramasir said.