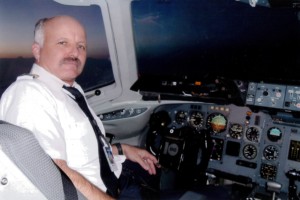 Ed was born on Oct. 20, 1947, in Prattville, Ala., to Joseph David Owen Sr. and Carrie Lee Kornegay Owen, both deceased. He has two brothers, Jimmy Owen, deceased; and Joseph David Owen Jr., his wife, Sharon, and their children and grandchildren, of Columbus, Miss.

Ed grew up in Centreville, Ala. and graduated from Bibb County High School. He went on to graduate Auburn University with a Bachelor of Building Construction, and a Master of Aviation Management from Middle Tennessee State University.

Upon graduating Auburn University, he proudly entered the armed services, became a lieutenant in the United States Navy and went on to serve during the Vietnam War as a naval aviator. He then began his career as a commercial airline pilot for Northwest/Delta Airlines until he retired, upon which, he became an instructor for Boeing. Afterwards, he worked for FedEx as the Airbus Fleet Training Manager from which he recently retired in September 2018.

He loved his Savior, Jesus Christ, most of all. He deeply loved his wife and family. His love of his Auburn Tigers’ football was also very apparent. He enjoyed skydiving, running, biking, backpacking, snow skiing, flying, scuba diving and woodworking. Few knew he was also an author, played the bass guitar in a band and studied Tae Kwon Do.

Visitation will be held this Thursday, Oct. 3, 2019, beginning at 10:30am at First Evangelical Church, immediately followed by the service which will begin at noon. He will be interred at 2:00pm at the West Tennessee State Veterans Cemetery in Memphis. In lieu of flowers, his family kindly requests donations be made to Life Choices of Memphis and First Evangelical Church.