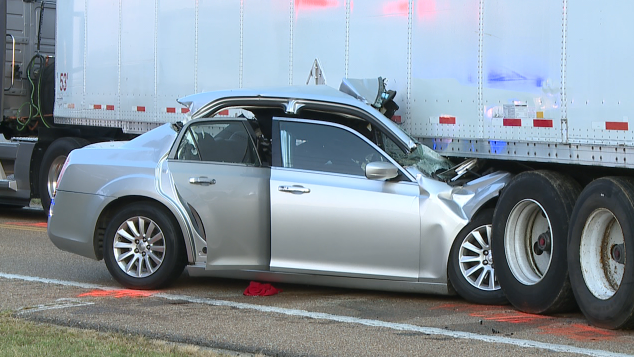 Both lanes of Highway 70 were shut down completely Thursday morning due to a serious crash between an 18-wheeler and a car near Highway 138 in Haywood County.

Neighbors say it happened around 4:30 a.m.

“Had a trailer behind my barn here. He was pulling out early this morning on the road. It was about 4:30, 5:00. It was dark, and the car could not see him — the trailer. He went up under his truck and hit the back wheel,” said neighbor Shelia Austin.

A medical helicopter was called to the scene and airlifted the driver of the car to Regional One hospital in Memphis, according to the Tennessee Highway Patrol.

Lt. William Futrell with the THP said the driver was in good condition.

“He’s stable. Stable condition, talkative, with family and everything. So he’s going to be okay. He was wearing his seat belt,” Futrell said.

Futrell confirmed the driver of the 18-wheeler was not injured.

“No alcohol was involved. Speed was not a factor in this crash as well,” Futrell said.

“All I know is, God was with the driver of that car,” Austin said.

The investigation into the crash is ongoing.