JACKSON, Tenn. — “21st century libraries have to think outside the door, outside the box, outside the wall,” Jackson-Madison County Library Director Dinah Harris said. 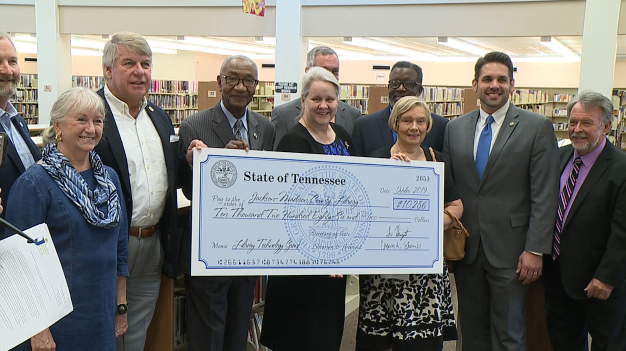 And thanks to a grant, the Jackson-Madison County Library will now be able to do just that.

Secretary of State Tre Hargett presented the $10,000 check at the library Friday morning.

Part of the money will be used to bring WiFi to three different Jackson Housing Authority housing developments.

“They want upward mobility. In order to be able to compete in the market area, jobs and all, they’re going to have to be able to compete through technology, through education, so this is going to be a great step up to them and they’ll be able to achieve and make better grades in school as well,” Mark Reid, Executive Director of the Jackson Housing Authority, said.

Reid says they’re looking at Lincoln Courts, Washington Douglas and Allenton Heights as their top three neighborhoods to get WiFi.

Reid says it’s all about giving the students the chance to succeed.