Suspect in custody after 1 killed, 1 injured in morning shooting

JACKSON, Tenn. — Jackson police have confirmed an individual is in custody after a fatal shooting Friday morning. 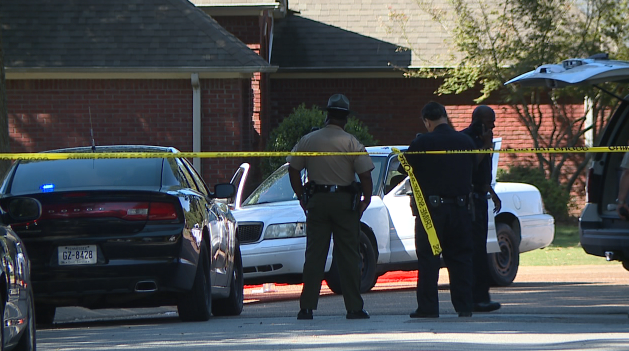 “This morning around 10:23 a.m., police responded to Fairway Boulevard and Winding Creek in reference to a shooting inside a vehicle,” said Jackson Police Chief Julian Wiser.

Wiser confirmed one person was killed in the shooting, and another person was injured.

“We had a clothing description and an eyewitness description. The suspect was taken into custody with a gun in the area of Highland and Sherwood,” Wiser said.

Residents were not allowed in or out of the subdivision while police investigated the shooting.

Police say none of the individuals involved in the shooting are from the neighborhood where the shooting happened.

Residents say the scene is not a normal one for their neighborhood.

“We have a lot of walkers. No problems; it’s a very comfortable neighborhood to live in,” said resident Jimmy Rogers.

Police have not identified the victims or suspect at this time.