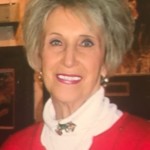 Patricia “Patty” Schleiss, age 80 of Paris, passed away Saturday, October 5, 2019 at Towne Square of Puryear. Her funeral service will be 11:00 AM Wednesday, October 9, 2019 at McEvoy Funeral Home with Carlton Gerrell of Tennessee Valley Community Church officiating along with speaker Dr. Danny Kimberlin. Visitation will be 4:00-7:00 PM Tuesday, October 8, 2019 and after 9:00 AM Wednesday at McEvoy Funeral Home. Her body is to be cremated following the service.

Besides her parents, Ms. Schleiss was preceded in death by a son, Frank Kemp on September 11, 1980; and a brother, Ben Foerster.

Ms. Schleiss was a member of Tennessee Valley Community Church. She worked for Dr. Kimberlin for 20 years as an LPN and also previously worked in Murray for 10 years in labor delivery.