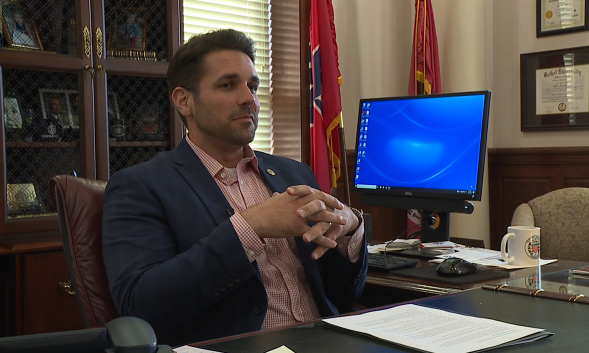 Since being sworn in July 1, Mayor Conger said there are many things he’s been able to accomplish.

“Establishment of the budget committee, creating that financial forecasting ability, and planning reducing our debt obligation. We have to take on refunding our debt,” Conger said.

He said there are still several tasks he looks forward to completing.

“We are one contract away, I think, from being able to bring 3-1-1 to Jackson,” Conger said.

So instead of calling 425-CITY, or a city department, soon Jackson residents can just dial 3-1-1 for service.

“We’re making progress in every area of the 30-day plan that we talked about during the campaign,” Conger said.

Mayor Conger said Jacksonians can look forward to seeing four pocket parks in Jackson in the spring, a new website for the city in the summer and repaving of city streets.

“So, making everything centered around the customer, which is the taxpayer and the citizen, and knowing that everything we’re doing is making their experience better,” Conger said.

Mayor Conger also said he’s enhanced the city’s communications department to keep residents up to date on what’s going on in Jackson.