Mother of Aaron Young speaks out in search for her son

JACKSON, Tenn. — The mother of a man who went missing in Jackson two weeks ago is speaking out. 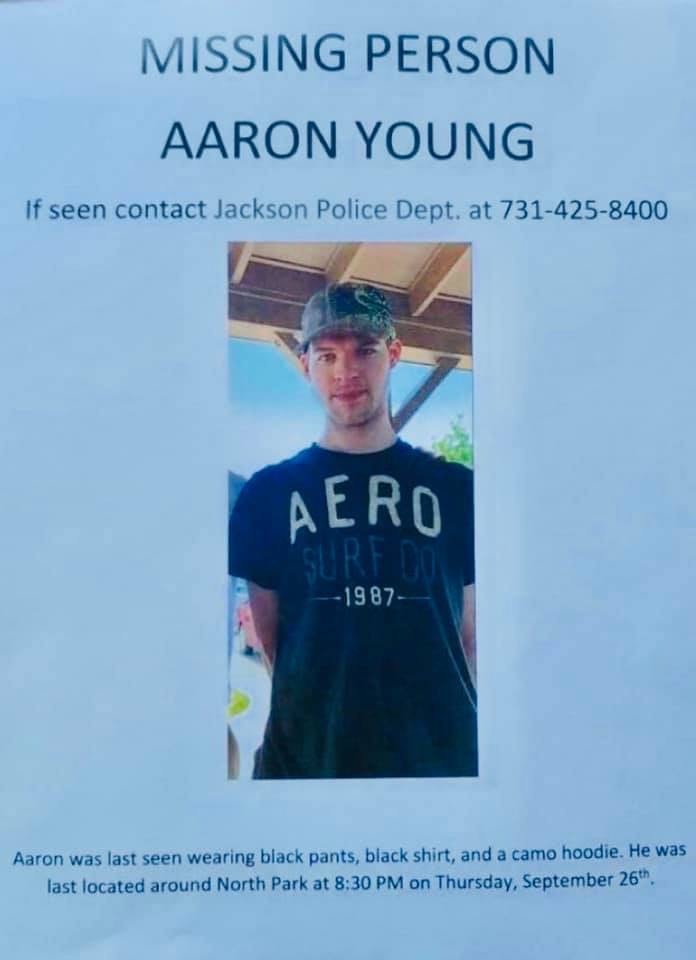 Patty Young says on September 26, her son Aaron Young went on a walk at North Park in Jackson, like he normally does on his days off work.

But, when he wasn’t home at 11, she got worried and texted him.

“He never responded. The texts were delivered, but they were never read,” Young said.

She hasn’t seen or heard from him since.

Jackson police told WBBJ 7 Eyewitness News Friday morning they are still searching around the clock for Aaron Young. But, they haven’t gotten any real updates since almost two weeks ago.

“Aaron’s twin brother Anthony has been my rock through all of this,” Young said. “He’s been getting all of his friends and going every weekend to North Park and all over Jackson looking for him.”

She just wants her son to come home.

“The last couple of weeks have been awful for all of us. It’s a nightmare not knowing where your child is,” she said.

A Facebook page has been set up to help search for Young. If anybody believes they have seen him, contact the Jackson Police Department at (731) 425-8400.