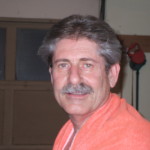 Tom was born January 16, 1949 in Chicago, Illinois, the son of the late Raymond Schottmiller and Caroline Ciao Schottmiller. He received his bachelor’s degree at the University of Wisconsin – Whitewater and was married June 2, 1973 to the former Helen Carol Marquardt. He was employed in sales for much of his life and most recently a resident of Oakland, Tennessee. Tom was an active member of Lighthouse Baptist Church in Arlington, Tennessee. He loved his Lord and Savior, Jesus Christ and from time to time, he would fill in for the preacher. He loved special times with his family and friends, cooking, going out to eat and watching sports.

In addition to his parents, he was preceded in death by his brother, Raymond Schottmiller.