JACKSON, Tenn. — Members of the Jackson City Council sat down with West Tennessee Healthcare’s board of trustees to learn more about the hospital system’s financial standings and how the city could work with the organization in the future. 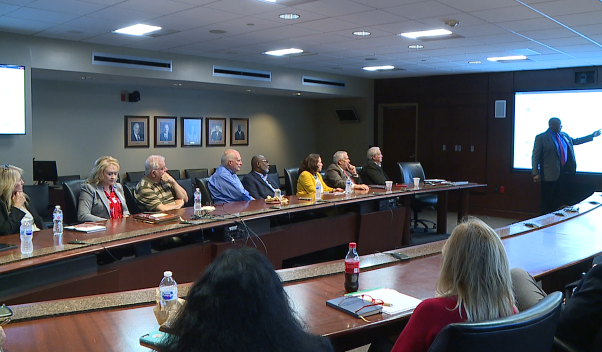 “Realizing the way we operated in the past, just like anything, has to evolve and change. Healthcare is very complex, as well as their financial situation,” city councilman Ross Priddy said.

The hospital system has unique funding challenges. The system can’t get tax revenue, and they also pay the city and the county between $200,000 and $2 million each year.

West Tennessee Healthcare officials say that payment to the city and county is based off how well the hospital system does each year.

“We’re constantly challenged to reshuffle things, and reorganize how we do what we do, so some of the things you see now are the result of that and a normal operating process,” Jeff Blakenship, CFO of West Tennessee Healthcare, said.

CEO J.R. Ross also confirmed during the meeting with the city council that West Tennessee Healthcare has plans to pull their sponsorship of the Jackson Generals by October 19.

Ross also confirmed the system would help fund an expansion of the Shot Spotter system, which the Jackson Police Department uses to detect gunshots in the city.

City council members say they hope the meeting leads to a future relationship between the two organizations.

“You know, how we get involved, we think some of those things we’re going to have to come up with and explore,” Priddy said.

West Tennessee Healthcare also says they have plans to open an east Jackson Health Clinic in 2020.