JACKSON, Tenn.– From screams, Jack O’Lanterns and witches, the Jackson Escape Room is going all out for the Monsters of Madison County Escape Game. 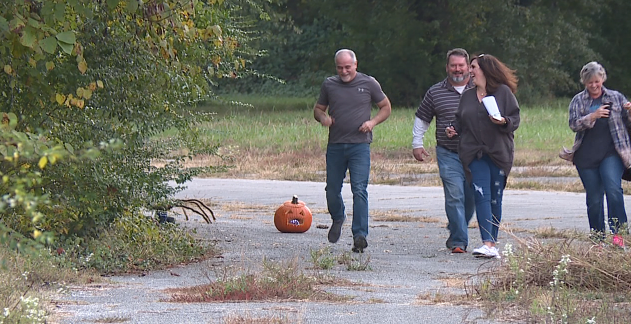 “They’re going to get scared, but not terrified and have bad dreams,” said Lee Wilson, owner of Jackson Escape Rooms.

Wilson said he wanted to have a city-wide escape game with a Halloween theme.

“Witches are going to come out of the woods and chase them back to their cars, that’s going to be amazing,” Wilson said.

It’s a first for the Jackson Escape Room with their spooky city-wide escape game. The game had 10 different locations, and, also for the first time, participants can use an app.

“They’re going to login, they’re going to go to the game, and they will have 10 puzzles to solve, and when they solve those puzzles it will unlock destinations,” Wilson said.

The Humboldt Mafia Team followed their next clue to Westwood Gardens, and found an unexpected surprise.

“We just expected a jack o’ lantern, and instead we got a fright,” members of Team Humboldt Mafia said.

The Monsters of Madison County Escape Game ended at Muse Lake with s’mores for everyone.