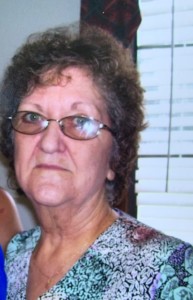 Brooksie was born August 19, 1943 in Fayette County, the daughter of the late Vodie Lee Adair, Sr. and Doshie Ella Hoskins Adair.She was a graduate of the Shelby County School System and Shelby State College and was employed as an LPN. Brooksie was a member of Faith Church of God and enjoyed playing bunko, tending to flowers, reading watching crime TV and westerns, listening to Merle Haggard and spending time with family, friends and her grandchildren. Brooksie was known to many for being a compassionate caregiver.

Funeral Services for Mrs. Escobar were held at 11 AM Monday, October 21, 2019 at the Peebles Main Funeral Chapel in Somerville with Bro. Jason Besse of Somerville Church of God officiating. Interment followed in the Somerville City Cemetery.

Arrangements were provided by Peebles Fayette County Funeral Homes & Cremation Center – Main Chapel in Somerville and condolences may be left on our online guestbook at www.PeeblesFuneralHome.com.