Showers and thunderstorms are now a long gone for most of our viewing area with the exception being for Hardin county which continues to deal with some light showers near the Tennessee River. As the cold front continues to quickly make its way to the east clear skies will continue to appear over the Mid-South tonight. This cold front won’t drop our sharpest drop in temperatures so far this Fall, but we still have a couple of chilly nights ahead!

TONIGHT
Under clear skies, temperatures will drop to the lower and middle 40s by sunrise on Tuesday with light winds. That will be much colder than where we started this morning! 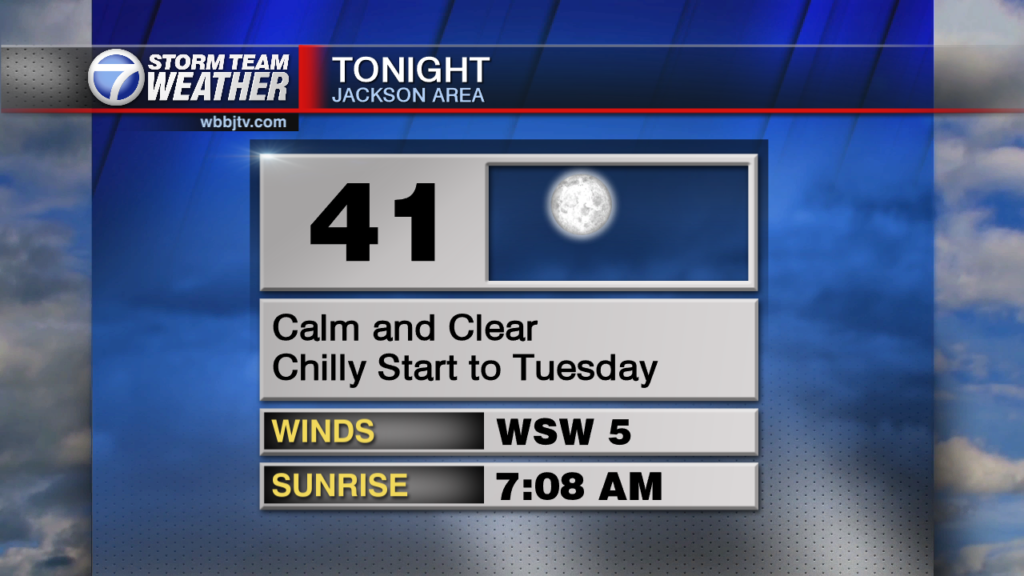 After the chilly start, enjoy a beautiful day tomorrow with highs in only the lower to middle 60s despite having sunny skies. It’ll be breezy at times and winds may briefly gust over 20 mph at times during the day followed by another cold night. Temperatures may drop into the middle 30s in some spots allowing for a light frost Wednesday morning. Tune into WBBJ 7 Eyewitness News for the latest forecast as there’s a lot of uncertainty with the upcoming weekend forecast, and keep up with Storm Team Weather online too for more updates.