Scotts Hill community comes together to clean up after storms 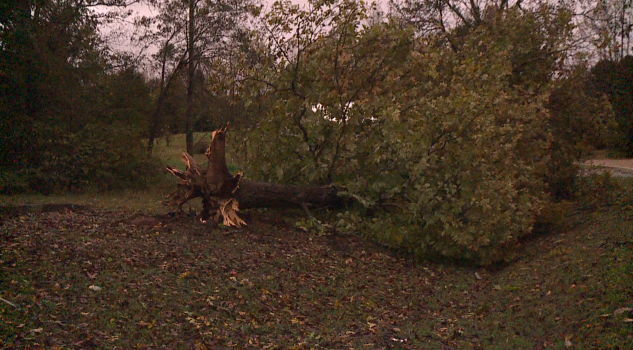 The storm left many people in downtown Scotts Hill without power and with land damage.

“I’m very blessed because those pine trees that came up out of the yard, they fell perfectly in between those houses,” Dodd said.

One of the trees in Dodd’s yard left a big hole in the ground.

“It was like God just perfectly placed those trees, and I’m just very blessed and thankful,” Dodd said.

Other people weren’t so lucky.

“We’ve had roofs come off, trees down in many different yards; several of our roads have been blocked,” Alexander said.

The fire department even went outside the city to help.

“They helped cut a lady out of a house; everybody is pitching in to get us back up and running,” Alexander said. 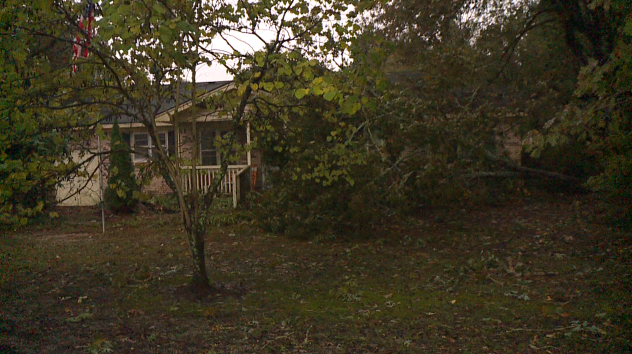 “People in town have gotten together, brought their equipment out, their saws out; people have helped cut each other [out], get them out and get them moving again,” Alexander said.

Alexander says they still don’t know when power will be back on.

“The clean up from this is gonna take weeks; there is an enormous amount of trees down in the city; it seems the further south you go, the worse it was,” Alexander said.

Officers and firefighters worked through the night Saturday to make sure everyone was safe.