DECATUR COUNTY, Tenn.– “I thought it was just another storm,” said Shane Bartholomew with Lexington Electric. 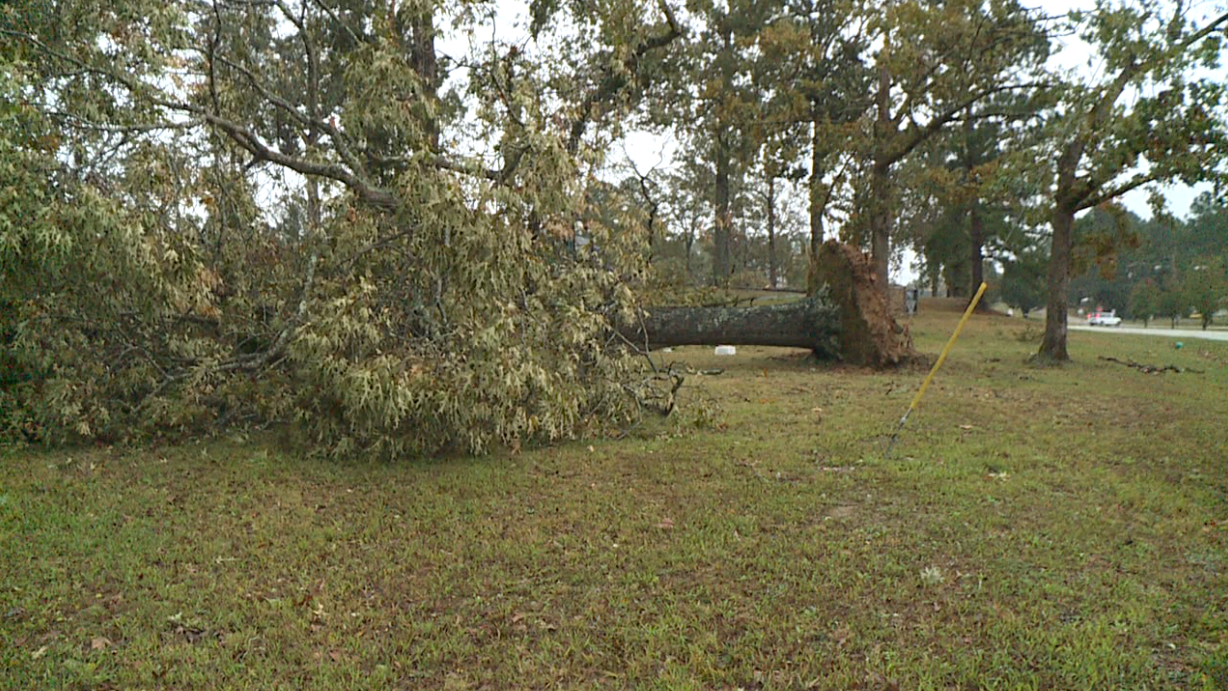 On West Highland Street, fallen trees caused much of the damage. In other areas, trees were ripped from the ground.

And at Decaturville Elementary School, more trees on the school playground were uprooted by the force of the wind.

“I thought it was just another storm, but then when the calls start rolling in and we actually got down here to see the damage, I knew it was a lot worse than what it seemed,” said Chad Davies with Lexington Electric.

Davies said restoring power after a storm like this is going to take a lot of time.

“We’re just changing poles and getting limbs off, broken cross arms, just trying to restore all the customers, Decatur and Henderson County,” Davies said. “It’s going to be several days of it.”

“The first thing we do is get all substation breakers back on. Once the breakers are back on, then we work on our main three lines. Once we get our three lines energized, then we can start working on side tabs to get everyone restored,” Bartholomew said.

Davies said they started working to restore power Saturday afternoon, but more work has to be done.

“We’ll be working 16 hours a day until its done,” Davies said.

Lexington Electric says it could take a few days to get power restored to everyone in the Decatur and Henderson County areas.