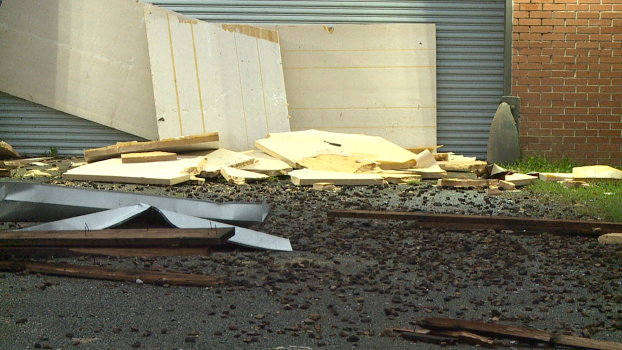 “We’re out of water currently, but we’re hoping today to get the water down to the intake, and we’ll be able to start pumping water as soon as that happens,” Decatur County Emergency Management Agency director Andrew Sparks said.

Unfortunately, some areas will likely be without electricity for an extended period of time.

“Day by day they’re getting power on, but the hardest hit places? It’ll be several days,” Sparks said.

The storm blew off the roof of at least one building in Parsons, something that isn’t an uncommon sight in Decatur County this week. In fact, Sparks says about 80 percent of the county had some sort of damage from the storm.

“We’re having to go out and rescue friends who can’t get out and take them stuff,” resident Deborah Stout said. “I think God is really trying to tell everybody something. I’ve never seen anything like it in my life.”

At one point, the storm knocked out power to Decatur County General Hospital, forcing them to use backup generators. 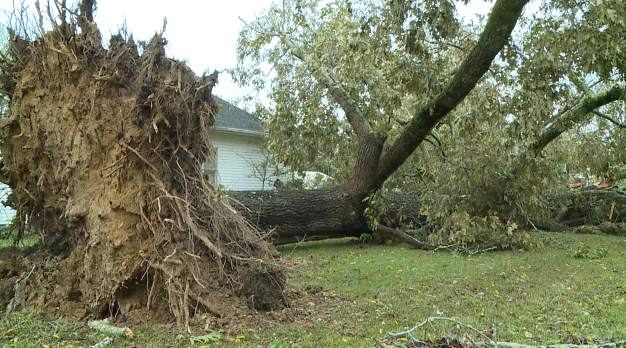 The power is back on now, but hospital officials say water deliveries are helping to keep the doors open.

Decatur County General Hospital CEO Melinda Kirkwood says the injuries they’ve treated are not as serious as they could’ve been.

“Very few people injured in this. One that I know that was critical, so we were very thankful that, although there’s been so much damage in this community, that the injuries are minor,” Kirkwood said.

“In my lifetime, I have never in Decatur County seen the amount of wind damage that’s from one end of our county to the other,” Sparks said.

“Chaos. Like I’ve never seen before in my 30 something years I’ve lived here in Decatur County,” Stout said.