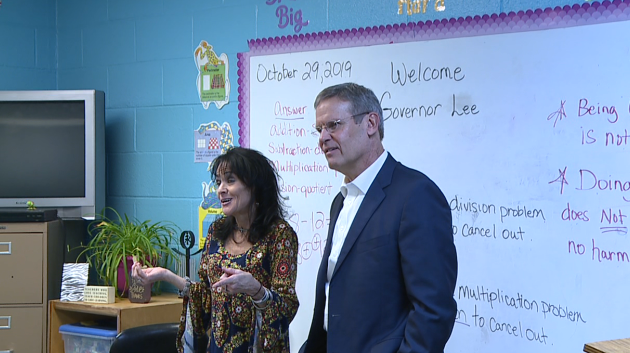 Carroll Academy serves teens who have been tried in the juvenile court system. The academy was founded in 1994, Logan wanted an alternative to placing kids in state custody. Since then, it’s served over 4,000 teens.

The main focus of the visit was showing Lee what the school does for the community, and proving it’s worth the cost.

“They’ve shown good sportsmanship and good conduct, and we think 90 percent of them have gone on to productive lives, in our opinion,” said Carroll County General Sessions and Juvenile Court Judge Larry Logan.

Hatch says they are running out of time to keep their funding for the upcoming school year.

Gov. Lee spoke with reporters after his tour, saying he will look at funding options and consider statewide action.

“It’s a great program, very interested in how it’s working, and how we might use this is a model to duplicate across the state,” Gov. Lee said.

Administrators at the school say it costs around $70,000 to place a child in state custody. The school spends around $1,000 per juvenile as an alternative.